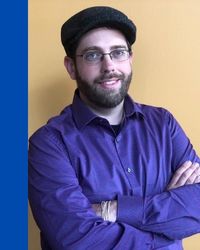 Ben’s award-winning comedy magic show consists of unique form of stand-up comedy with a big helping of magic and illusion thrown in! Think Penn & Teller. Ben's charming personality shines through when he performs. Incorporating lots of audience involvement into his routines, he will give you no idea how he achieves his incredible feats. See objects float without an explanation, and people too! You’ll be left scratching your head when Ben walks through a solid piece of rope under the most impossible conditions. Get ready to be wowed!

Like most magicians that you see today, Ben Pratt fell in love with magic at a very young age. He grew up in the very small town of Stoddard, New Hampshire with a population of less than 1,000 people, far away from any big city or access to any magical props. However, that never stopped him from living his dream of performing this mysterious art. At the young age of 7, Ben saw his favorite magician David Copperfield on television. From that point on, Ben has left audiences amazed where ever he goes. He has performed all over New England including Foxwoods, Mohegan Sun, Gillette Stadium and opening for Recycled Percussion. From the moment he walks into a room ready to perform, to the moment he leaves he ALWAYS leaves people begging for more. Don't hesitate to see Ben perform. This guy is one to remember!